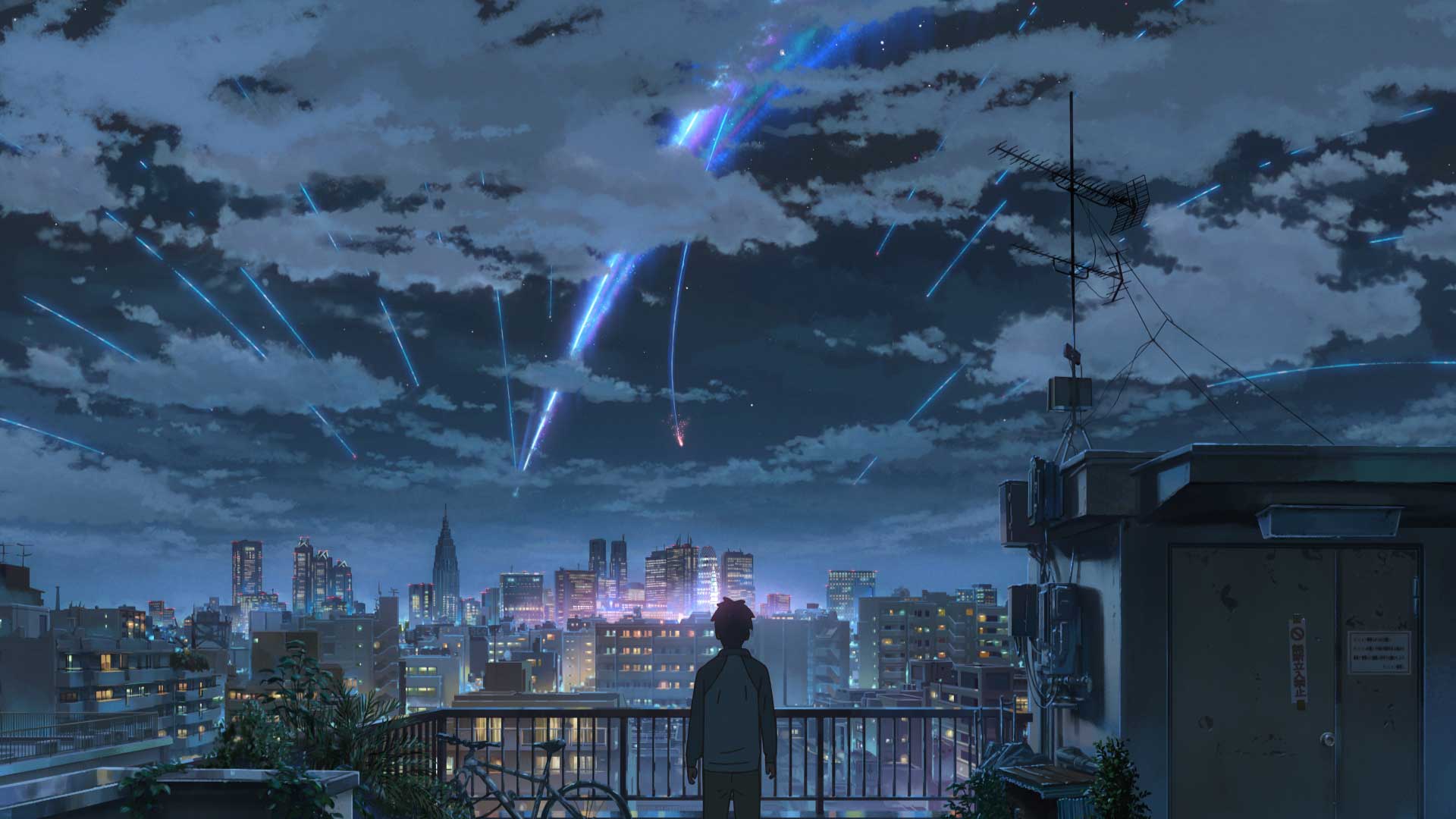 Even before seeing Your Name, I was incredibly disappointed that it failed to be nominated for an Oscar. I mean, it is the highest grossing and most culturally significant Japanese film since Spirited Away, and when that came out it took home the Academy Award for best animated feature, let alone got nominated. Beyond that, though, looking at the actual nominees, I found myself more disappointed in what got nominated in its stead. We have 2 Disney films which I thought were merely good/ok, an arthouse stop motion animation I haven’t seen, and a Ghibli-backed (but not made) European-Japanese co-production (which I also haven’t seen). Surely one of the Disney films could have been replaced, right? And The Red Turtle as the “anime” nomination, seriously? I know it has Ghibli’s name attached to it, but its importance to the industry as a whole is vastly inferior to that of Your Name. However, I reserved some judgement. I mean, I hadn’t seen the film, so maybe it just isn’t as good as everyone says it is.

Well. Having seen the movie now, I can honestly say that it is even better than everyone says it is. This is a film that has instantly become one of my favorite movies of all time, and most certainly my favorite movie of the year. It is a masterfully directed, absolutely gorgeous experience that utterly floored me, yet the Academy has deemed that My Life as a Zucchini, Moana, Zootopia, and The Red Turtle are all superior in style, narrative, technical achievement, and significance. At least, these are the sort of remarks I see floating about the internet as justification for such an egregious snub. Things like, “Oh, well Zootopia and Moana have amazing CG, and the Academy values the realism of their 3D graphics over 2D animation,” and “The Red Turtle is told without dialogue, which is narratively more interesting than a mainstream movie like Your Name.” “Anime is cartoony by nature, and the Academy just isn’t looking for that.” Really?! First of all, Your Name is one of the most visually stunning films I have seen, and to imply that this didn’t require a level of technical mastery and innovation that a film like Moana has is just plain ignorant. Second, these excuses are skirting around the fact that for the past 2 years, a popular anime film HAS been nominated for best animated feature. Just last year, When Marnie was There earned a nomination, and that film wasn’t nearly as acclaimed or successful as Your Name is. And it’s not like the field is any narrower this year than it was last year. I’m sure nobody was thinking “oh no, what are we going to do? Not nominate My Life as a Zucchini? Sorry, Your Name, there’s just no room for you.” (disclaimer: My Life as a Zucchini is probably a great movie, but come on…)

So what does it come down to? Well, let’s look at every single anime film nominated for best animated feature. Hmmm…I wonder what they all have in common. Oh yeah, they were animated by Studio Ghibli. And how did Ghibli build its following in the United States? Disney. It seems to me that the Academy still isn’t ready to nominate a mainstream anime film that doesn’t have the prestige of Ghibli, reinforced by Disney, to back it. And looking at the list of nominees, that shows. We have 2 average Disney films and a pseudo-anime film with Ghibli’s name attached. Of the two anime films considered for a nomination, they chose the one with Ghibli’s name on it rather than the far more culturally significant and acclaimed one. Because apparently America just isn’t ready to embrace actually mainstream Japanese animation.

So yes, this is very likely only a fraction of the actual answer as to why Your Name didn’t get nominated for best animated feature. Perhaps the Oscars only like nominating foreign animations if they are arthouse ones instead of mainstream blockbusters (excluding Ghibli). Or perhaps the Academy struggles with nominating a subtitled film, particularly one that derives much of its jokes and meaning from Japanese culture and language (the pronoun joke and the significance of Katewaredoki come to mind). Looking back at the Ghibli films nominated, some of them (if not all, I don’t have the information to say for sure) had English dubs during their US releases, which couldn’t have hurt their chances of being nominated. Or perhaps it’s the (absolutely gorgeous) J-rock soundtrack that’s off-putting, I don’t know. But I do feel like there’s some truth to my argument as well. How is it that When Marnie Was There, The Red Turtle, Moana, Zootopia, and My Life as a Zucchini can get Oscar nominations and Your Name can’t?! Come on America, we can do better than that. Meanwhile the Collider crew is sitting there saying, “wait what? No Finding Dory?!” Just goes to show what little influence anime outside of Ghibli, Ghost in the Shell, and Akira has on the average American. So yeah, that’s my rant.

Side Note: Rereading the nominees I talk about here, it seems that I forgot all about Kubo and the Two Strings. Chances are this is because I actually enjoyed it and thoroughly think that it deserves to be nominated for an Oscar. The others…eh. I haven’t seen My Life as a Zucchini or The Red Turtle, but I can’t help but be extremely bitter about them getting nominated.

Other Note: There seems to be some sort of mentality with the Academy where “foreign” immediately equals “arthouse.” If it’s not arthouse and it’s not Ghibli (which to an American audience probably feels like arthouse anyway), the Academy just doesn’t know what to do with it.

Final Note: Yes, I know that Ghibli films are no longer being released and distributed by Disney, instead now being distributed in North America by GKIDS. However, the Ghibli films responsible for building its prestige were. By the time GKIDS bought the rights to theatrical distribution of Ghibli films, Ghibli had already built its reputation in the US and no longer needed Disney’s help to earn critical acclaim. Even excluding the Disney argument, though, it remains a fact that Ghibli is the only anime studio to have broken through into mainstream America, and this can’t be ignored when considering its many Oscar nominations.

Final final Note: After thinking about it with more of a clear-minded view, the most convincing conclusion I can draw is that Funimation just didn’t have the distribution power to get Your Name the attention it deserved. Meanwhile The Red Turtle was being distributed by Sony Pictures Classics and My Life as a Zucchini by GKIDS, both of which most certainly did.